Unusually for me, I have driven a stretch of the London Road twice in the last few days.  On Thursday, I noticed that a number of travellers had invaded a small park known as Surrenden Field - and not for the first time.  I hardly had time to check just how many there were but I suppose there were seven of eight caravans.  That afternoon I walked Fern across the fields from the Upper Lodges and drove back past 39 acres on the Ditchling Road.  That lot of travellers had broken into a field alongside 39 Acres, immediately opposite a field that had been similarly occupied just a couple of months ago, much to the tenant farmer's disgust.  Then on Friday, as we approached the MS Treatment Centre in Southwick, there on a patch of grass almost alongside, were three more travellers'vans.  At least those last were in Adur District Council, not the city of Brighton & Hove.  Adur will have moved them on pretty fast.  Mind you, I noticed on Saturday that the Ditchling Road encampment had gone, to be replaced by peacefully grazing cattle, and as I drove along the London Road yesterday, I saw that Surrenden Field was once again devoid of squatters.

I'm amazed that our council officials acted so quickly as Brighton has a reputation among travellers of being a welcoming place.  The official council line is


"Travellers are identified as being the most disadvantaged ethnic group in the country, suffering a high level of inequality.  Travellers die younger, experience more chronic health conditions, have a poor level of education, and regularly experience discrimination and racial hatred. Lack of suitable, secure accommodation underpins many of these inequalities as access to employment, health, education and other services is made easier when people are living in settled accommodation."

but many city residents point out that nobody forces them to adopt their lifestyle and the "inequalities" are a direct result of that lifestyle.  The other things that people object to are the mess nearly always left behind when travellers move on - or are ejected, a mess that costs we tax payers a small fortune to have cleaned up.  Not only is general rubbish, broken furniture and so on left around, along with old tyres and piles of unused asphalt, but frequently human excrement as well.

The Council is proposing to spend millions on extending the present, inadequate authorised travellers' site.  There will be toilets, washrooms, kitchens, day rooms - almost luxury.  But travellers will be expected to pay when pitching up there, albeit a fairly negligible amount, I believe.  I wonder if that alone will deter them.  In any case, there will not be enough pitches to accommodate all the travellers who visit Brighton each year.

And I almost forgot: several of those pitches will be for permanent stays.  And they call it a site for travellers?

This is the site in question, tucked into a delightful spot on the Downs. 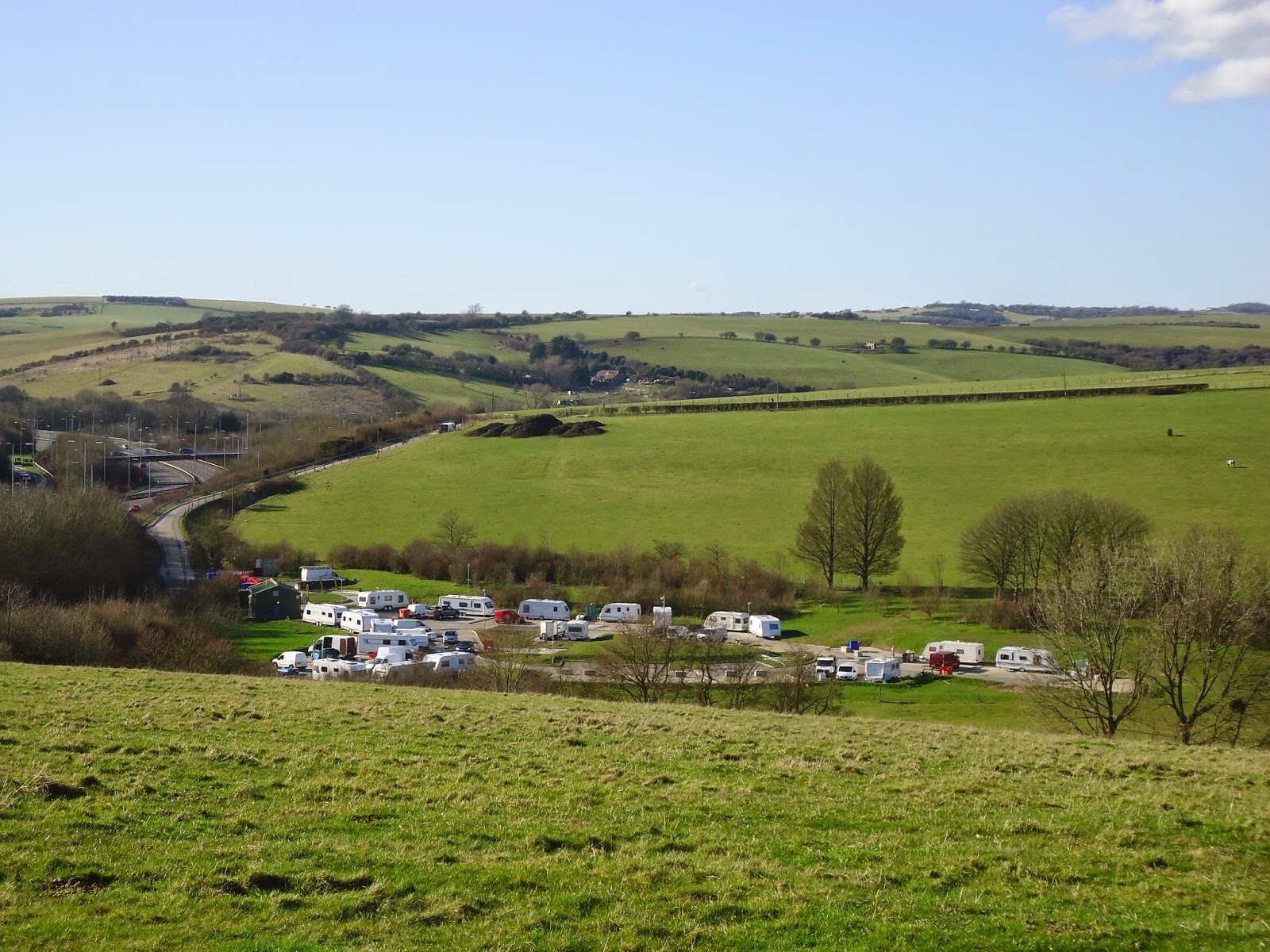 Posted by Brighton Pensioner at 11:28