This day in history

I sometimes take a look at one or other of the web sites that offer notes of what happened on any particular date in years gone by.  I usually find myself muttering about the information given as it so often seems to consist of listing the births or deaths of people of whom I have never heard,  Today, though, I don't need to check out any of those sites as I know full well that today is the 197th anniversary of the Battle of Waterloo.  I have never visited the battlefield, which i believe might offer the tourist more than, for example, the site of the Battle of Crecy, which I have visited and nearly missed. 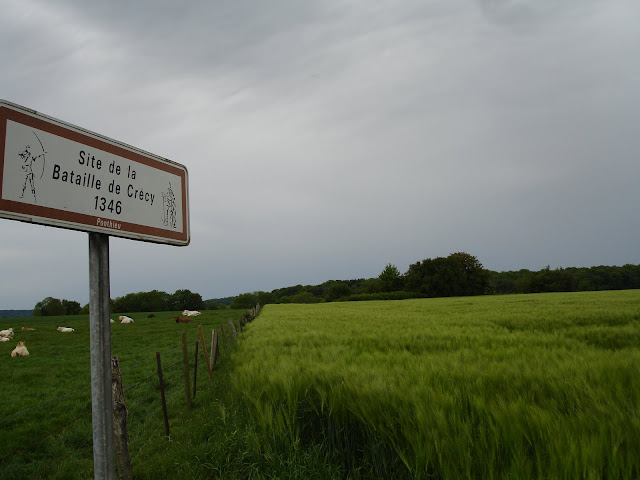 I have no picture of Waterloo, but I can provide a picture of Napoleon's tomb on St Helena. This is a sketch by Lt Henry Jervis (further information here and here) dated 23 January 1833. 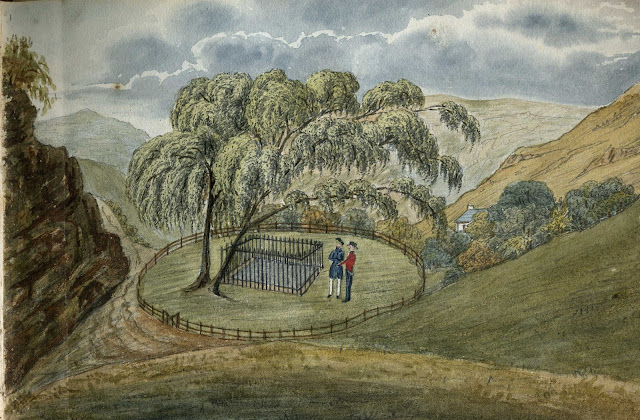 Napoleon's body is, of course, now in Les Invalides in Paris but the original grave can still be seen on St Helena. I don't know if these words are engraved on the tombstone but they are written in the sketchbook on the facing page:
In this far distant spot is laid
A head once pregnant with Imperial fire
Hands that the Rod of Empire firmly sway'd
Till lost by mad ambition's blasting ire
Posted by Brighton Pensioner at 08:30

I love this rainy day image of Napoleon's tomb with its willows. I'm hoping you will allow me to use it in a blog post I'm writing which talks about how travelers took cuttings of those willows to Australia?

Yes, Fiona, please go ahead. And thanks for dropping by.

Thanks, I enjoy it very much. Here's the link if you want to see where the picture went onebendintheriver.com