My Lords, Ladies and Gentlemen

I have to make a speech this evening and although there will be a Lord there, I will not be starting with the words of my title.  That is only partly because he is not what I call a real Lord.  I am told he bought an obsolete Lordship of some obscure Manor so he is, in his view at least, entitled to be known as Lord Whatsisname.  The real reason for not including "my Lord" in the salutation is that I am well down the list of speakers, proposing the fourth toast.  The correct protocol will have been observed by the Toastmaster at the beginning of the programme and even that will probably be abbreviated to "Lion President Doug, Past District Governor Eddie, Mr Mayor, distinguished guests, ladies, gentlemen, my fellow Lions".  After that we don't bother with PDG Eddie or the Mayor.  My job, as I said, is to propose the fourth toast.  The programme actually runs as follows:

Lions Clubs International and
District 105SE
To be proposed by the President, Lion Doug Taylor,
with a response from Past District Governor Lion Eddie Warn.

Brighton Lions Club
To be proposed by the Past District Governor
with a response from the President.

Dinner will be followed by dancing to Hi Society.

We have to include the City of Brighton & Hove if the Mayor is to respond to the toast.

I mapped out my speech in my head several weeks ago and while we were in France recently, I took the opportunity of writing it out (using old-fashioned pen and paper).  Back home, I refined it, deleting words here and there - even complete sentences - to pare it down to three minutes.  A day or two back i decided that the first third needed rewriting.  This morning I was lying in bed waiting for the alarm to go off for the third time and I was running through the speech in my mind.  (I always try to have these speeches learned so that I have no need to read them.)  Now I have decided I need to rewrite the middle third!

Yesterday I had a few minutes spare between shopping and collecting the Old Bat from her gas tank session so I went onto Hove seafront.  The middle of June: grey, dreary and deserted. 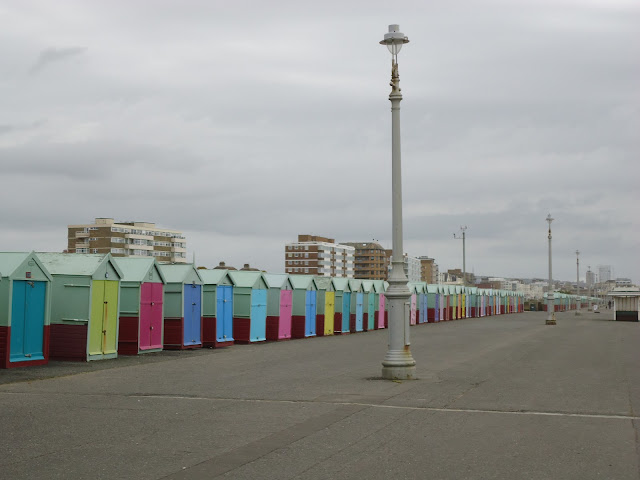 Posted by Brighton Pensioner at 11:27

I bet you could give some lessons in protocol?

Most of it is written for us in the MD directory. Otherwise we make it up as we go along and I don't think anybody knows whether we are right or wrong. It's different if a member of the Royal Family is present - then you just have to get it right!