I notice that it is almost six months since I last stumbled into the bloggosphere. I have to admit that I thought it was probably rather longer than that, but who's counting? For some reason I simply lost interest.

Even without the compulsion to write something every day (and that compulsion disappeared over the horizon more than six months ago!) I don't seem to have had any more time than before simply to sit and twiddle my thumbs. Much of my time has, as ever, been taken up with matters concerning Brighton Lions Club. I am still treasurer and have, for the second year running, taken on the organisation of our annual fireworks display. Although the display takes place in November (gunpowder plot, Guy Fawkes and all that) planning obviously has to start well ahead - January, in fact! Fortunately, the actual pyrotechnic element is not part of my responsibility and almost everything that needs to be done, has been, although there are still a few odds and ends to tie up.

Another Lions activity that gave me something to do was Project Wenceslas. Let me say right at the start: this was not something that we in Brighton dreamed up. We borrowed the idea from Farnham Lions Club in Surrey, but they had no difficulty in letting us use the same name - and even their artwork! 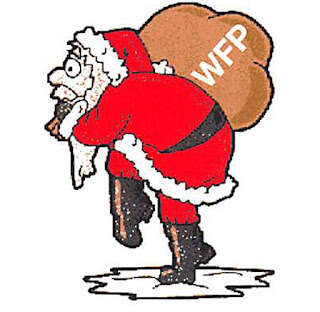 The basis of the scheme is that every person in England over the age of 65 receives the Winter Fuel Payment, subject to certain conditions. This is paid at the rate of £200 (or £100 each for a household of two who both qualify) rising to £300 for more elderly people. Not everybody really needs the payment, and we asked those who received it but didn't need it to donate it to us. Our promise was that we would use it to reduce fuel poverty in the city.  Agencies like the Citizens Advice Bureau were able to refer clients to us and we would clear their outstanding accounts - or make a suitable reduction - from the donations we received.Needless to say, it was the treasurer who had the job of receiving the referrals and making the payments! Without going back to the accounts, I would say that we paid out some £8,000 last winter.
Posted by Brighton Pensioner at 14:39