Some years ago I discovered the City daily Photo website and wasted spent a considerable amount of time each day visiting cities around the world. I even started my own daily blog with photos I took in and around Brighton.

This had all virtually (pun intended!) slipped from my memory until this morning. I had an outpatient's appointment at the hospital (no real problem, just a follow-up from an earlier consultation and no further action required) and on the way back to the car I walked past St George's church, the parish church for Kemp Town. I had photographed the church back in the 'old days', and here it is: 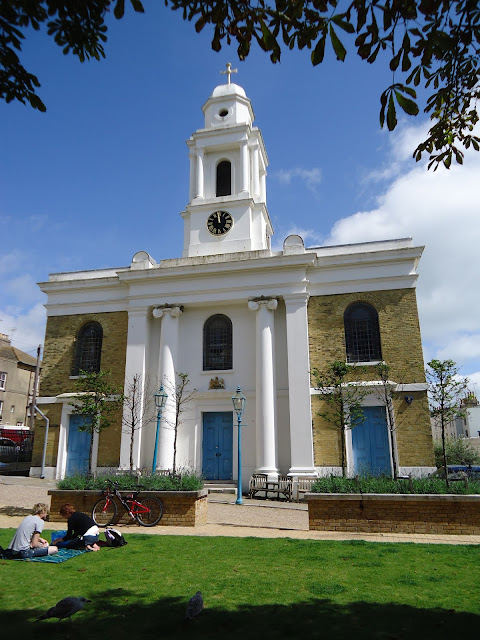 It doesn't look English to me!

Built in 1824-25, the total cost was £11,000. According to Wiki, "After Revd James Anderson became curate of the church in 1828, his close association with Queen Adelaide, the consort of King William IV, made the church very popular. The queen consort was popular with the British people and often spent time in Brighton. When in the town, she worshipped at St George's." Hence the Royal coat of arms above the door.
Posted by Brighton Pensioner at 17:03