This rather sharp-eyed lady is the late Mrs Hessel, one of the "characters" of Brighton.

Phoebe Hessel was born Phoebe Smith, in Stepney, on 13 April 1713.  She disguised herself as a man and enlisted in the 5th Regiment of Foot to serve alongside her lover, Samuel Golding, and served as a soldier in the West Indies and Gibraltar. Both remained in the British Army, and fought and were wounded in the Battle of Fontenoy in 1745. Finally, she revealed her position to the wife of the Regiment's colonel, and they were both discharged and married. According to a sergeant of the regiment, her sex was revealed when she was undressed to be whipped, upon which she only commented: "Strike and be damned!" She was given no punishment, but had her salary paid out as any other soldier.
They later lived in Plymouth, where they had nine children, of whom eight died in infancy, and the survivor died at sea. After Golding died, she moved to Brighton to marry fisherman Thomas Hessel. He died when she was aged 80. She supported herself by selling fish in and around Brighton, and her evidence was instrumental in securing the conviction and execution of highwayman James Rooke.
In old age, she sold small items, such as oranges and gingerbread, on a street corner near the Brighton Pavilion. She became well known in Brighton, due to her great age and unusual experiences. She was forced into the workhouse, but was granted a pension of half a guinea a week by the Prince Regent in 1808. She attended his coronation parade in Brighton in 1820. She was 108 when she died and was buried in the graveyard of the Church of St. Nicholas, Brighton.
She was sometimes referred to as the 'Stepney Amazon'; Amazon Street and Hessel Street (both named in her honour) still exist today in Stepney (now part of the London Borough of Tower Hamlets). 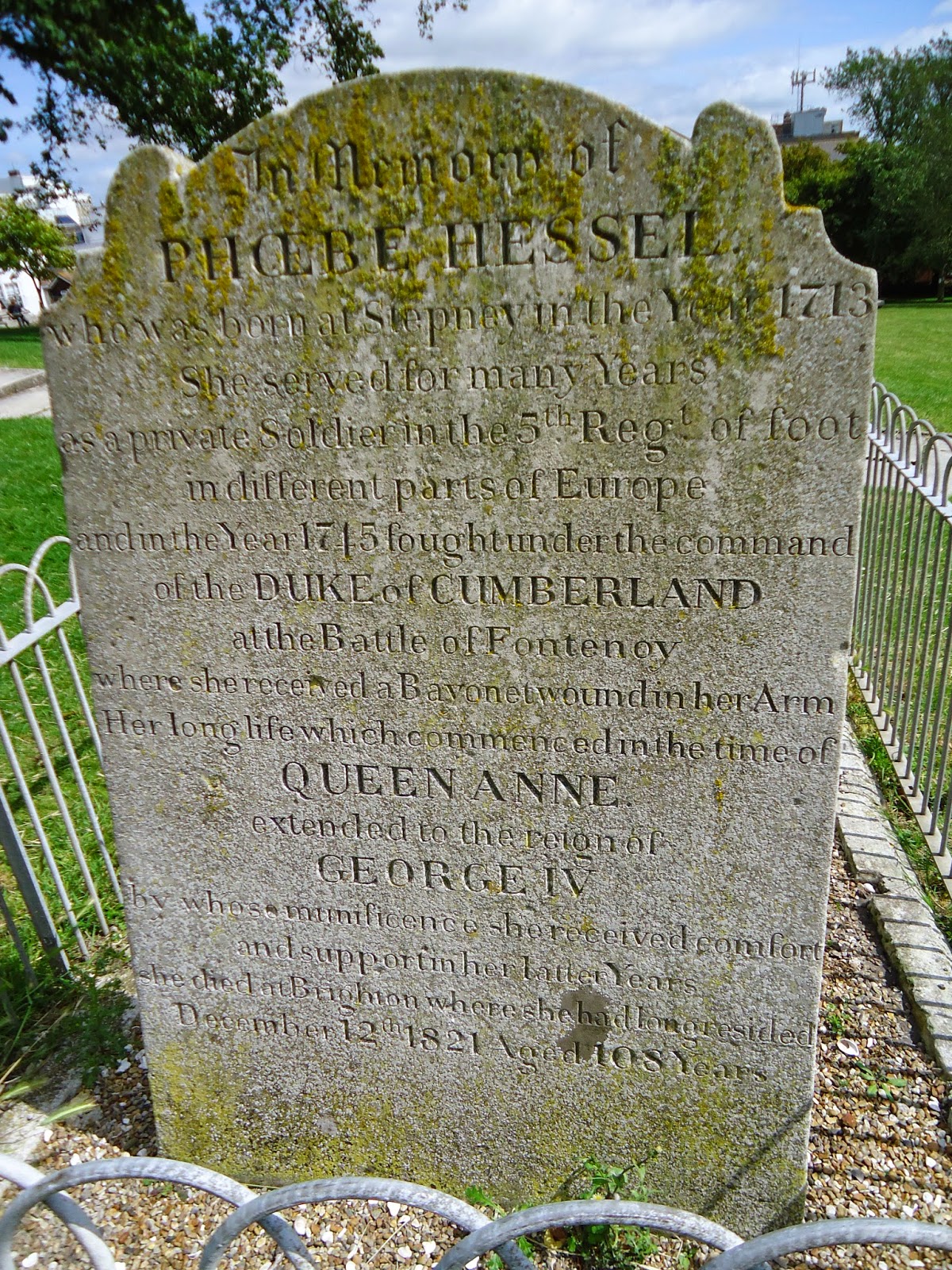 Posted by Brighton Pensioner at 15:07