I must have one of the worst memories in Christendom - or anywhere else for that matter - as I can rarely recall what the weather was like last summer or winter.  People talk about what a great summer we had, only for the next person to whom I speak to complain about how bad the weather was - so maybe it's not just me!  Anyway, things had been improving a bit this past week.  The footpaths through the woods had become less muddy, partly because we have had no rain and partly because of temperatures below freezing during several nights.  I even managed without wellies one afternoon! That had all changed this morning.  It rained quite heavily at times yesterday afternoon and evening and this morning the paths were slippery and muddy once again.  But then I looked back to see what was happening on Valentine's Day last year: 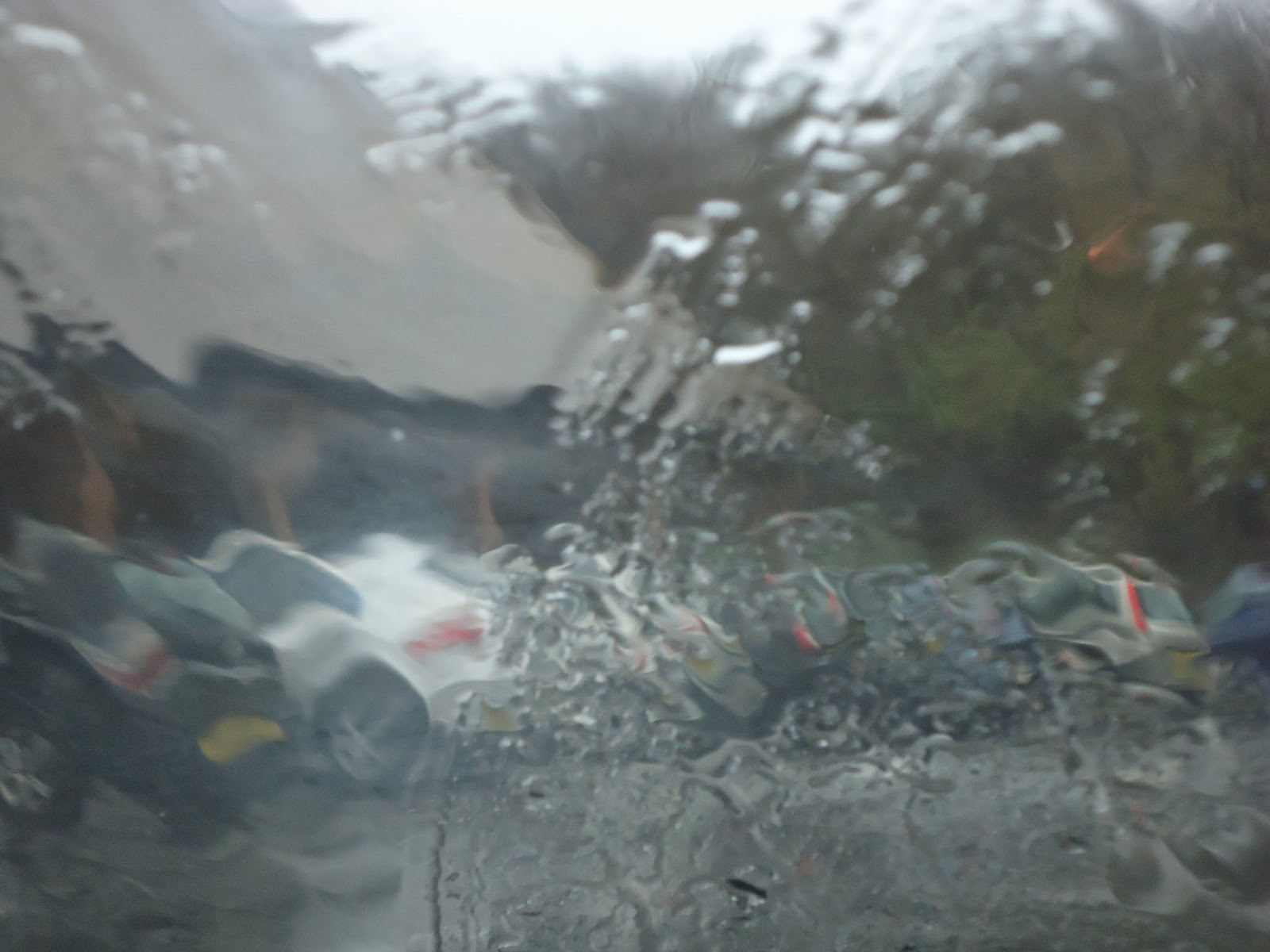 That was the view through the car windscreen in the supermarket car park! Others had it much worse with large expanses of the Somerset Levels being under feet of water.  And to think I had all but forgotten.
Posted by Brighton Pensioner at 11:55