It was rather more than nine years ago that we first started advertising our holiday home to let.  The early advertisements were in newspapers and I printed and bound dozens of brochures which we sent out in esponse to telephone enquiries.  For the first two or three years we let the cottage for perhaps 8 or 9 weeks a year, producing a reasonable "profit" but requiring a lot of work in printing brochures etc.  But is was very nice to receive the compliments.

"The house was brilliant.  We have never stayed anywhere quite so well equipped, especially in the kitchen."  (JW, Kent)

"Loved the house.  It is even nicer than it looks in the pictures."  (CS, Yorkshire)

"We enjoyed your property very much.  What an agreeable area."  (JB, Norfolk)


Not all our guests were from the top drawer.  Some left jam and marmarlade spattered across the floor; some broke ornaments and just threw away the broken pieces without saying anything; someone broke the large, earthenware holder for umbrellas and walking sticks, stuck it together with glue and said nothing.  One that did amuse me was the guest who sent us a postcard asking if we had the key to the letterbox!  If I had replied they would have left before the reply arrived - and anyway it would have been left in the locked postbox.

Then bookings started tailing off and we turned to the internet.  The one benefit was that I had no need to produce brochures:  no extra enquiries or bookings came our way.  What did start coming was complaints.  The road was too busy; the house was too far from anywhere; there were farmyard smells and muck on the roads.  Most of these we shrugged off, mainlybecause there was nothing we could do about them anyway.

Then somebody complained about the downstairs bedroom being damp.  She said the bedding was damp, the drawers in the chest smelled of damp.  (She was the one who had left a large burn mark in the middle of the dining room table and I had told her I was withholding her damage deposit.)  During her stay the temperatures were into the 30s so the problem was probably condesation and lack of air circulation.  The next guests also complained of the damp, saying their books had started curling at the corners.  Funny ours - which had been in the house for years - had never done so.

And now our latest guests.  They had booked for four nights but their car broke down so they rang Sue (the lady in France who acts as an emergency contact and checks the cottage between stays) to ask if they could stay longer while the car was repaired.  Sue checked with us and of course we said OK.  They eventually left without telling anyone.  The first we knew was when one of our neighbours rang to say there was a light left on and it appeared the visitors had gone.  Then I received an email saying they were back and had left the key in a flower planter (instead of posting it back to us as requested).  I responded that they owed us as they had stayed eight nights rather than the four booked and paid for.  This is what I got by return:


...the down stairs bedroom is very damp every night our bedding was wet and the mattress smelt as if someone had urinated on it. My sister slept upstairs and said that it was fine up there but my husband and I had the down stairs room and I cried when I realised we had to stay longer. Its not a complaint because I don’t do complaining but maybe you could look into it I have come home with a chest infection and I think its due to sleeping in that room.

That is the room the Old Bat and I use whenever we are there, and we were the last to use it before these people.  The Old Bat has a very keen sense of smell and she has no complaint about the mattress, nor do we find the bedding wet.

So we are not letting any more.  It's just not worth the candle.

So, tough luck all you whinging Poms back there in England.  We shall enjoy our hideaway and refuse to share it! 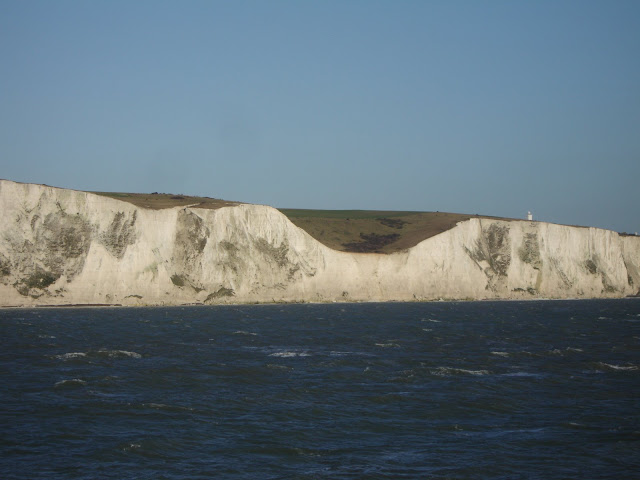 Posted by Brighton Pensioner at 09:45

Why am I laughing at your last line?

I can't answer for your sense of humour, Skip, but I was smiling as I wrote it!

Aaaah... I must have known.