I suppose it is because I have become so accustomed to not smoking that I failed to note the first anniversary of when I smoked my last cigarette.  It was, I believe, one day last week.  I could, I suppose, find out on just which day last week the anniversary fell, but I really am not that interested.  I know I have gone a year without smoking so I have to believe I can go another.

It has been very much easier than I expected.  I have not had to resort to nicotine patches or electronic cigarettes or any of those other devices intended to fool the brain.  Nor have I eaten mints by the pound.  For our first trip to France after I stopped I did buy a packet of salty biscuits and some boiled sweets just for the long, sometimes boring stretches of motorway, but otherwise, nothing.  At first I would tell myself that if I smoked again I would be letting down the doctors, nurses, radiologists and eveyone else who had been involved in treating me for what turned out to be just a cancer scare and not the real thing.

Of course there have been occasions when I have thought how good it would be to have a cigarette.  Just the one.  But I know from personal experience that "just the one" leads to "well, another one won't hurt" so I have resisted the temptation.  The nearest I have got (so far) to caving in was on the way back from our French house.  We had just crossed the Pont de Normandie near Le Havre and I was in the outside of two lanes, closing fast on a lorry on the inside lane.  The lorry was empty but had load restraining bars fitted along the sides of the flat bed.  ne of those bars must have been loose because when the lorry hit a pothole or similar, one bar flew into the air.  It had every appearance of flying straight for our windscreen and I hit the brakes - hard.  Fortunately, the bar landed on the road beside the car but it was a very close thing.  I knew the Old Bat had cigarettes with her and if there had been somewhere I could have stopped to recover from the shock, there is every chance I would have begged a fag from her.  But there wasn't and I didn't - so here's to the next year.

I don't yet consider myself a non-smoker.  I am simply a smoker who has not smoked for the past 12 months - or a recovering junkie if you prefer. 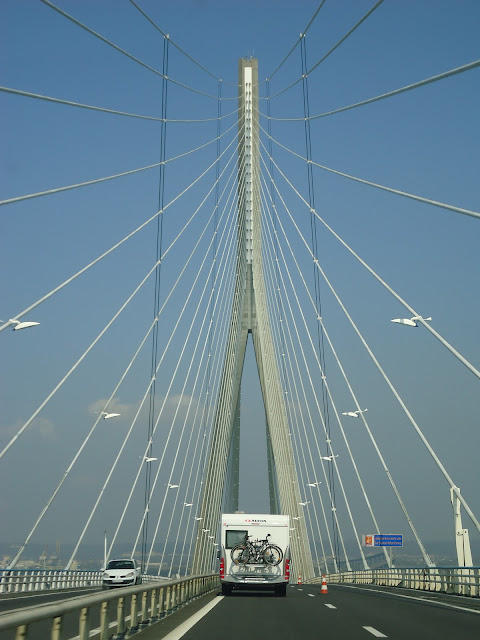 Posted by Brighton Pensioner at 10:12

I'd been wondering how that was going.
Congratulations.
One year, for a smoker, is like forever and, of course, that's the goal.
Also, think of all the money you've saved.

The hardest thing I ever did in life (so far) was to give up cigarettes. I've been quit for over five years now but I still chew that damned nicotine gum. So... all I did was change delivery systems, but my doctor is OK with that. "It's your lungs I'm concerned about," sez he, "not the nicotine."