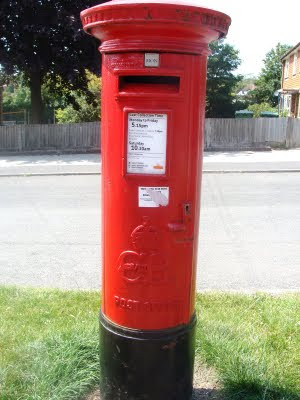 Back when the world was somewhat younger than it is now although probably no more innocent... in the days when I was knee-high to a toad... I'm talking here about the post-war years (post World War II - not Napoleonic) not the Middle Ages as some might have you believe... the daily newspaper delivered to our house was the Daily Mirror. I confess that I am almost ashamed to admit ever having read that particular red top tabloid, but it was at my urging that my mother changed the order with the newsagent and we started taking the News Chronicle. This wasn't because I had any particular aversion to the Mirror - to be honest, I scarcely ever looked at anything except the Jane strip cartoon in which the eponymous heroine seemed always to be prancing around in her underclothes. No, my motive was considerably less altruistic. You see, the News Chronicle ran the I Spy Club and in every day's paper there was a secret message which only members of the I Spy Club could decode. I don't remember any of those messages being of earth-shattering importance; indeed, they were probably so mundane that I had forgotten each one by the following day.

One of the big attractions for a boy of 8 or 9 years of age was the selection of pocket-sized books produced for members of the club. Each of these books listed, with illustrations, a number of objects connected with the title of the book. For example, I Spy in the Street (if there was such a book and I think there was) would list a wide range and variety of things that could be seen in the street: street furniture such as pillar boxes, lamp posts, traffic lights; maybe delivery vans; all sorts of things. Each object was valued at so many points according to its rarity and the idea was for the I Spy member to tick off the objects when seen. Once a certain number of points had been collected, the book could be sent away for validation and a brightly coloured feather would be returned with the book.

The pillar box shown in the picture would have been worth quite a high score because it is a rarity. The design of the box remained much the same for the better part of 100 years, so it's not that. It's the royal cypher that makes this box rare. Every pillar box carries a royal cypher, the one applicable when the box was installed. It's not uncommon to see Queen Victoria's cypher in town centres, King Edward VII appears a little further out and many suburban boxes carry the cypher of George V. This one, however, has Edward VIII's cypher. Now Edward VIII reigned for only a very short time before he abdicated. He was never even crowned. That's what makes this a rarity.
Posted by Brighton Pensioner at 08:57

Interesting. I didn't belong to the I Spy Club as a child when I lived in England, but I still have my pin from the Red Robin Club.

I don't think I have ever heard of the Red Robin Club, Nana. You'll have to tell us about it.