To Lewes yesterday evening where, together with Lions from Brighton and other clubs, we helped the members of Lewes Lions Club celebrate the 45th anniversary of the granting of their charter.  A good meal with excellent service from the young staff at the old White Hart Hotel.  This is an old coaching inn on the High Street, complete with an arch leading into what was the stable yard and is now a tiny and awkwardly-shaped car park.

After the meal, and before the entertainment, there were the obligatory speeches.  My entries in the filibuster were for these to last about 30 to 33 minutes, with one optimistic guess at 23 minutes.  In the event, they took only 16 minutes - which must be something of a record!  The Mayor of Lewes said how impressed she was by the friendliness seen between the Lions of different clubs, something which we perhaps tend to take for granted but which can surprise non-members.

The Old Bat and I like Lewes and would happily live there.

By the way, 'Lewes' is pronounced as two syllables, almost Loo-ess but perhaps more like Lewis.

The River Ouse has cut its way through the South Downs and at the northern end of the cut stand the two towns of Lewes on one side of the river and Cliffe on the other, although Cliffe has long been subsumed.  The river is still tidal here and, centuries ago, was navigable as far upstream as Lewes.


Because of the strategic importance of the town, the Normans built a castle here and it still dominated the skyline from some angles.


The narrow High Street has a delightful mix of architectural styles. 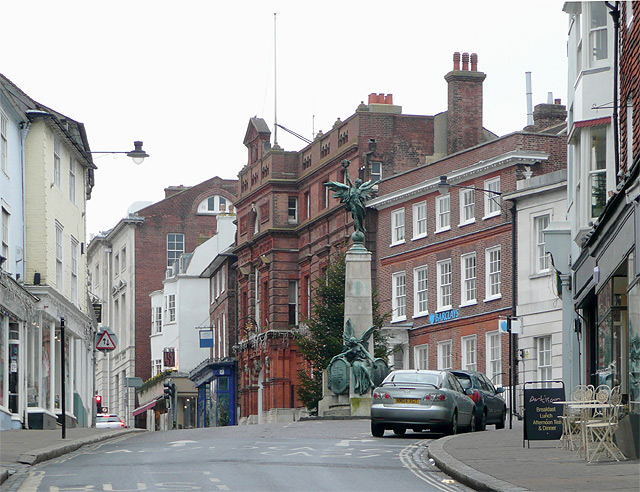 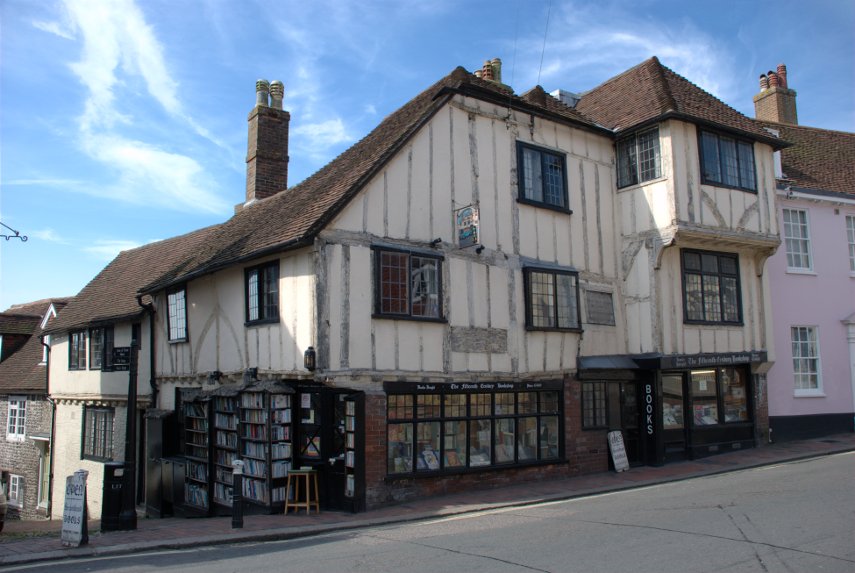 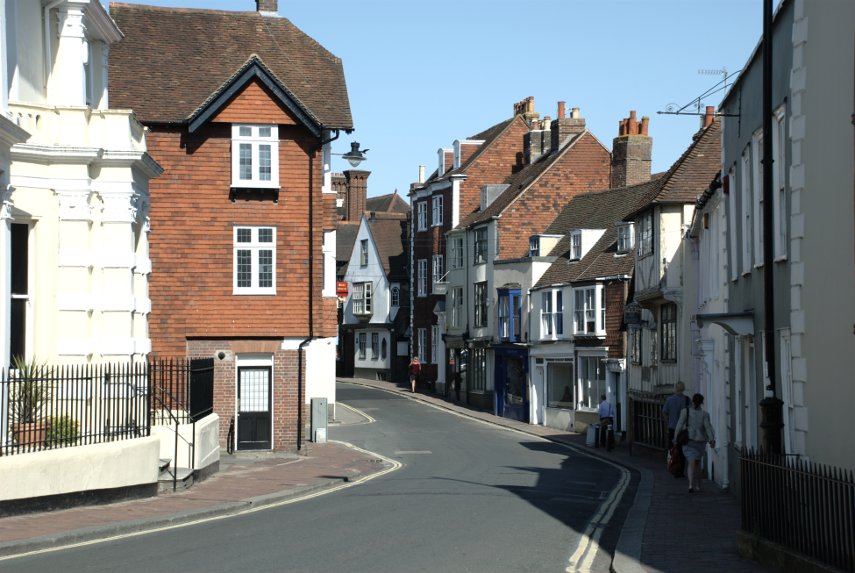 One of the joys, for me, is that there are still many independent shops, although national chains are gradually appearing.

There is so much else to say about Lewes: the battle of 1215 which was a precursor to the sealing of Magna Carta; the burning of Protestant martyrs which has led to the famous - almost infamous - bonfire societies and the celebration of the capture of Guy Fawkes; the Cluniac Priory of St Pancras, once one of the richest monasteries in England; Southover, with Anne of Cleeves House and one of the oldest mulberry trees in the country.

Maybe we'll come back one day.
Posted by Brighton Pensioner at 12:02

(not necessarily your) Uncle Skip, said...

A couple of the images didn't show up?

Don't know why - they're all there on my screen!

Oh! I am happy I saw this post! My husband and I visited Lewes last October and you have reminded me that I need to do a post about it.
Like you, I really liked it too. I have gone through it on the train and I have always wanted to see it. So, last year, I finally was able to do so! (My husband is from England, and when we go, we are usually busy visiting family and friends.)

Thanks for dropping in, Kay - and I'm so glad you managed to visit Lewes! Just don't try again any 5th November when it's impossible to get into the town after midday.